FairPlay Canada, a coalition of organizations involved in production and distribution of digital content in Canada has proposed to create an agency endowed with the right to disable access to internet resources deemed pirated. An application was filed with the Canadian Radio-television and Telecommunications Commission (CRTC) in January, 2018. The CRTC then started collecting public comments (“interventions”) via their website. To simplify submission of comments in opposition to the application, two campaigns were organized by the Canadian Internet Policy & Public Interest Clinic (via OpenMedia) and Leadnow. The comments collected in those campaigns were tabulated and submitted to the CRTC.

The comments (interventions) submitted to the CRTC were posted online for public access. Approximately 10,000 interventions from individuals and organization were collected over 3 months. In addition, CIPPIC and Leadnow submitted ~83,000+23,000 comments in opposition. Unfortunately, the CRTC made the interventions available as is, without anonymization. Personally identifiable information such as names, addresses, phone numbers, emails and job titles were exposed in comments submitted directly to the CRTC. The comments submitted via CIPPIC did not contain addresses or phone numbers, and only names and emails were exposed. The comments submitted via Leadnow contained only names. Since the interventions are still available online, I’ve decided against publishing the script for data collection. Instead I am providing a modified dataset in which names, positions and street addresses have been stripped, with phone numbers and email addresses reduced to the first three digits and email service providers respectively.

The interventions submitted directly to the CRTC are date-stamped which makes it possible to visualize the dynamics of the opposition campaign. 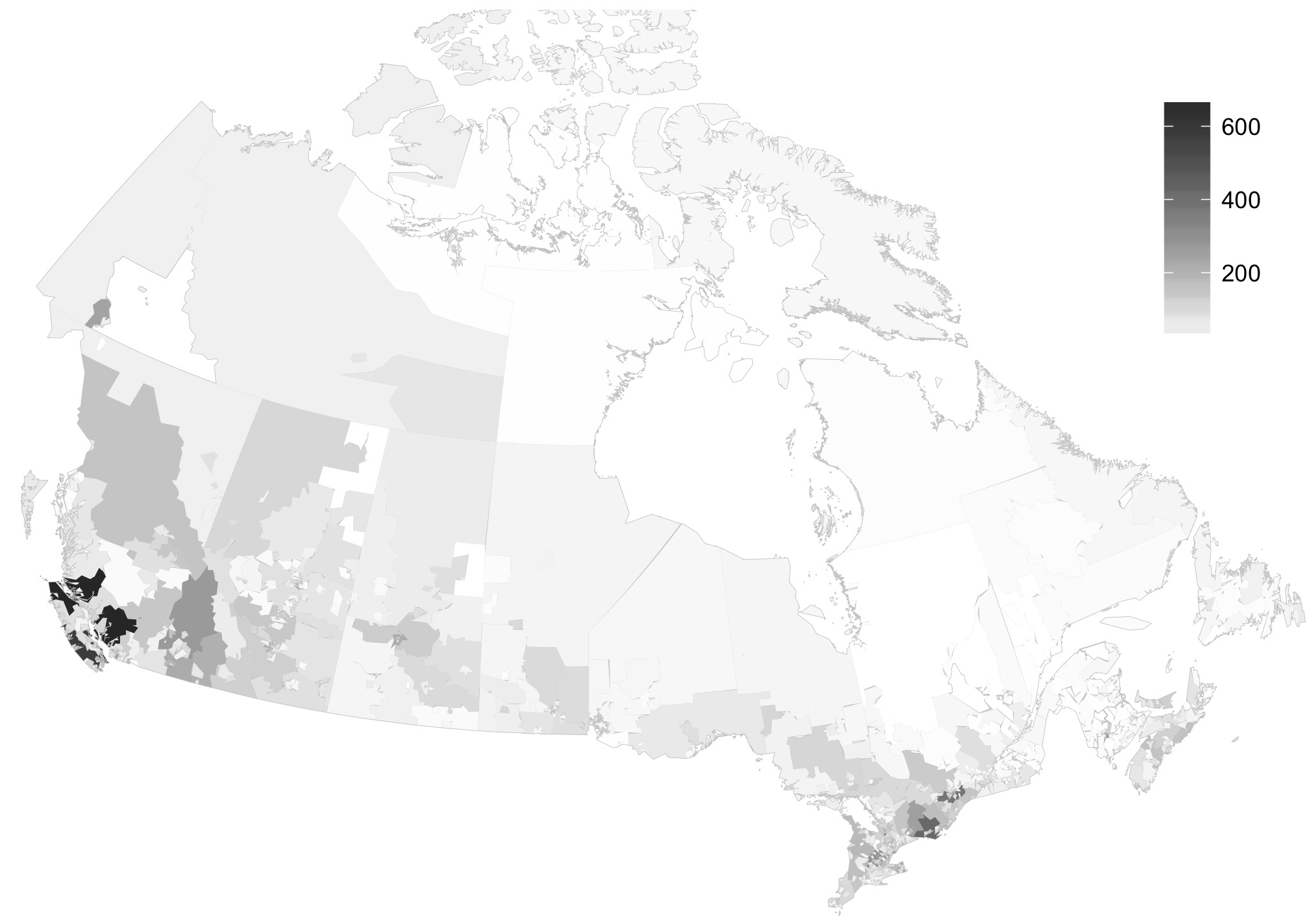 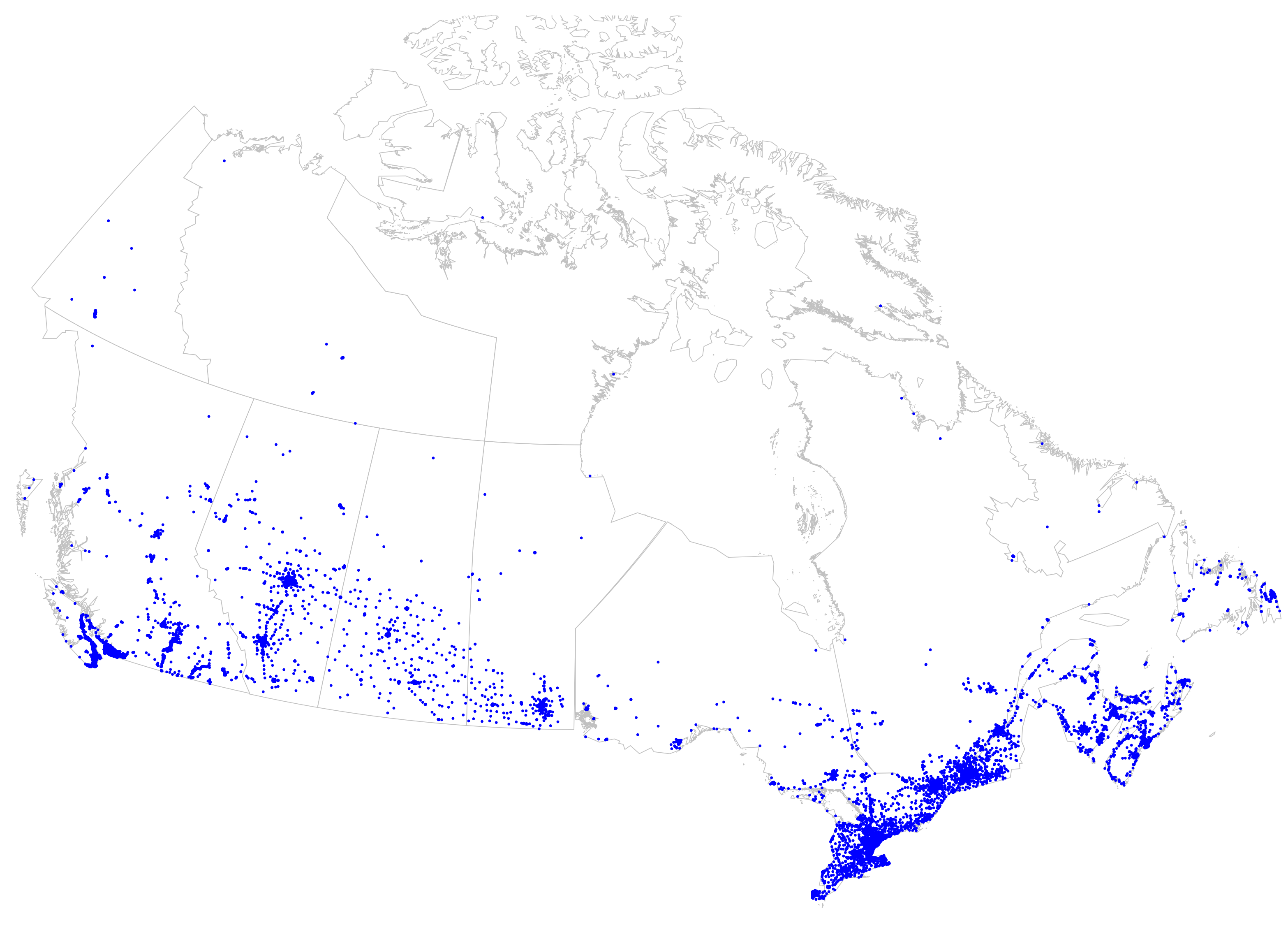 The ~10,000 interventions submitted directly to the CRTC were not restricted to any specific set of comments. The majority of the comments left were improvised. Only about 1,500 comments are encountered more than once. Below is the table of the most popular ones:

The top comment was taken from Open Media’s website. The wide range of dates corresponding to interventions with this comment makes it difficult to determine how this comment was shared. The dates of submissions with the second and third most popular comments suggest the comments were shared through reddit on 2018-01-31 and on 2018-02-28.

Submissions containing é, l’ and la in the comment field were flagged as francophone. All other non-empty comments were labeled as English.

The large number of English comments from Québec looks surprising. One reason for that is the focus of the opposition campaigns on English-speaking media. Another reason (judging by the large number of English comments from persons with typical québécois names and French writing patterns) is the lack of confidence in the ability of federal agencies to communicate in French. The infamous “Turquie épicé du sein wrap blanc” from Sobeys, although unrelated to our Federal Government, is a good illustration of what fuels the linguistic distrust. Other reasons have been discussed in /r/Québec

Let’s take a look at the top 5 cities for each language.